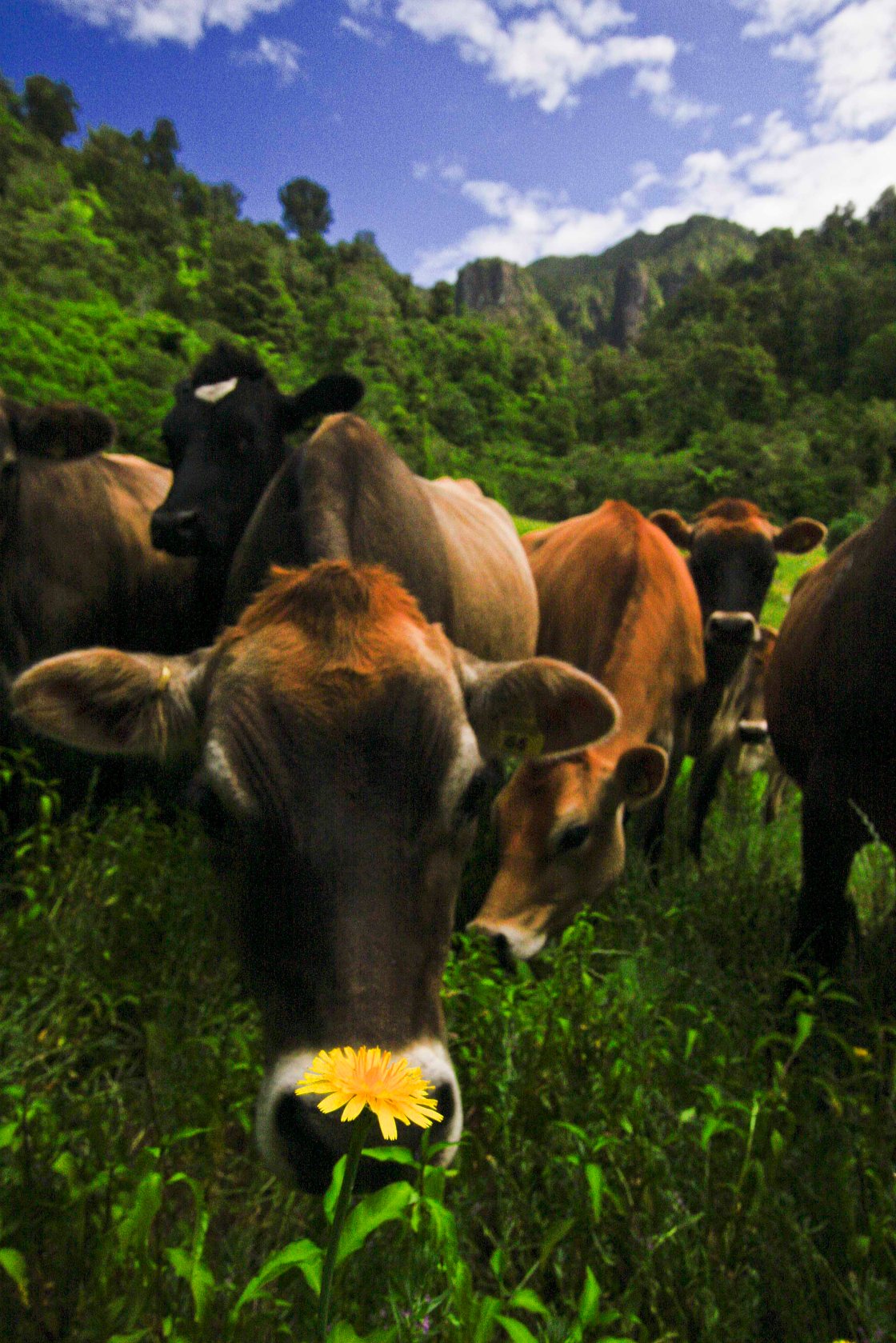 SO the easiest way I can describe this to you is –

I was watching a short youtube clip of an Indian man who was explaining that he was gathering together different varieties of cows throughout India because they were dying out. And he felt like it was his job to maintain these different varieties that had been bred over hundreds or maybe thousands of years. And as you know, in India cows are incredibly sacred.

So these cows would wander around. They are not penned in.

And he was telling about how the cows were ‘browsers’ and ‘grazers.’

He explained that the cows would eat up to 60 medicinal plants in a day.

These cows would digest these plants in their four specialized stomachs.

And the story is – that their hooves which are like nails, are made out of compressed hair. And that compressed hair is silica so they’re like crystals.

So the four hooves of the cow literally ‘plug’ into the earth.

And then the horns of the cow are again – crystals – And they plug into the cosmic realms.

They literally create a sonic vibration.

And the conjunction of that cosmic energy and that earth energy come and in the mesentery – in the literal stomachs of the cows, that have literally walked through that landscape and eaten all of those different medicinal herbs, which are now being alchemized and digested in the body.

Those then turn into milk .

And through that milk, that whole culture was being sustained by drinking that cow’s milk. And it was mainly through the Brahman cows. Now the Brahman that had that extra hump. That hump is said to be a cosmic organ that turns the milk specifically – makes it more bio-digestible for humans .

Today you can go to the super market and buy what’s called ‘A2’ milk. That A2 milk is from Brahman cows.

So think about this….

What cow is doing is: literally – as a cosmic being

– is walking through the landscape,

– So that us as humans can take a sip of that milk and INSTANTLY PLUG INTO THE MEDICINAL LIVING LANDSCAPE. I mean how far out is that technology?

So lets say we come to earth frequency festival. We hang out with certain people. We listen to certain music. We see certain lights. Just us sitting here together – our bacteria are all talking to each other. Those bacteria – they actually communicate via infared. Which is the same thing you use in a TV remote. It can go through walls. It can go up to 20 meters. So my gut microbes are literally talking to your gut microbes. They’re going, ‘Hey… hey… yeah, how’s it going?’

Your gut – you can literally walk into a room and if there is fear or tension. Your gut can pick it up right away. Your gut microbes can pick it up. Certain animals that are very attuned to this, like dogs or snakes or sharks – they hunt by that fear.

So if you get into sea water and you’re terrified of sharks – you’re way more likely to be bitten by a shark than the person next to you. So just chill out.

So literally our bodies as we walk through the landscape, are surrounded by a living field of bio-energy. This tree is producing a field of energy. This kangaroo. This grass. These crystals. This mountain. That cloud. That waterfall.

And so as we take in all of that information – though our ears, through our eyes.

Each of our organs are literally a record and playback head for that energy.

Our kidneys for example, will record the level of fear in our environment. -And then ‘play’ that level of fear back in our body back into our blood which enters the environment through our radiant field and through the water that we pee out.

And our blood, the center of which – is iron. Now that iron is the exact same as in the 50s, 60s & 70s where there was piece of cellophane with rust on it called ‘tape’ – that we would record music on. A magnetic head would align that rust on the cellophane and record music by changing the angles on the pieces of rust. Then it would go over another magnetic head which was the play back head and determined by the shapes of that rust on that cellophane – would be the music. Our blood is a doughnut shaped or a torus shaped molecule with iron in the middle that spins in our vein. So its actually spinning in an electromagnetic field and recording all of the information – As I said – Of this living field, this sea of information that we’re living in.

And so our heart records the level of compassion. Our liver will record the level of anger. So each one of our organs is literally a recording and playback device which determines the synthesis between us and the environment.

So because humans have such an incredible ability of changing their emotional state changing where they engage their energy.

This can literally change their emotions.

So we can literally generate a loving state in our bodies and through that loving state we can affect every other human and every other living organism as well as the immune system of our own body. Because our heart, as this electromagnetic field generator, can generate ‘chi’ or ‘prana’ in an unlimited amount (just like the sun) and feel every single microbe colony in our body – and others.