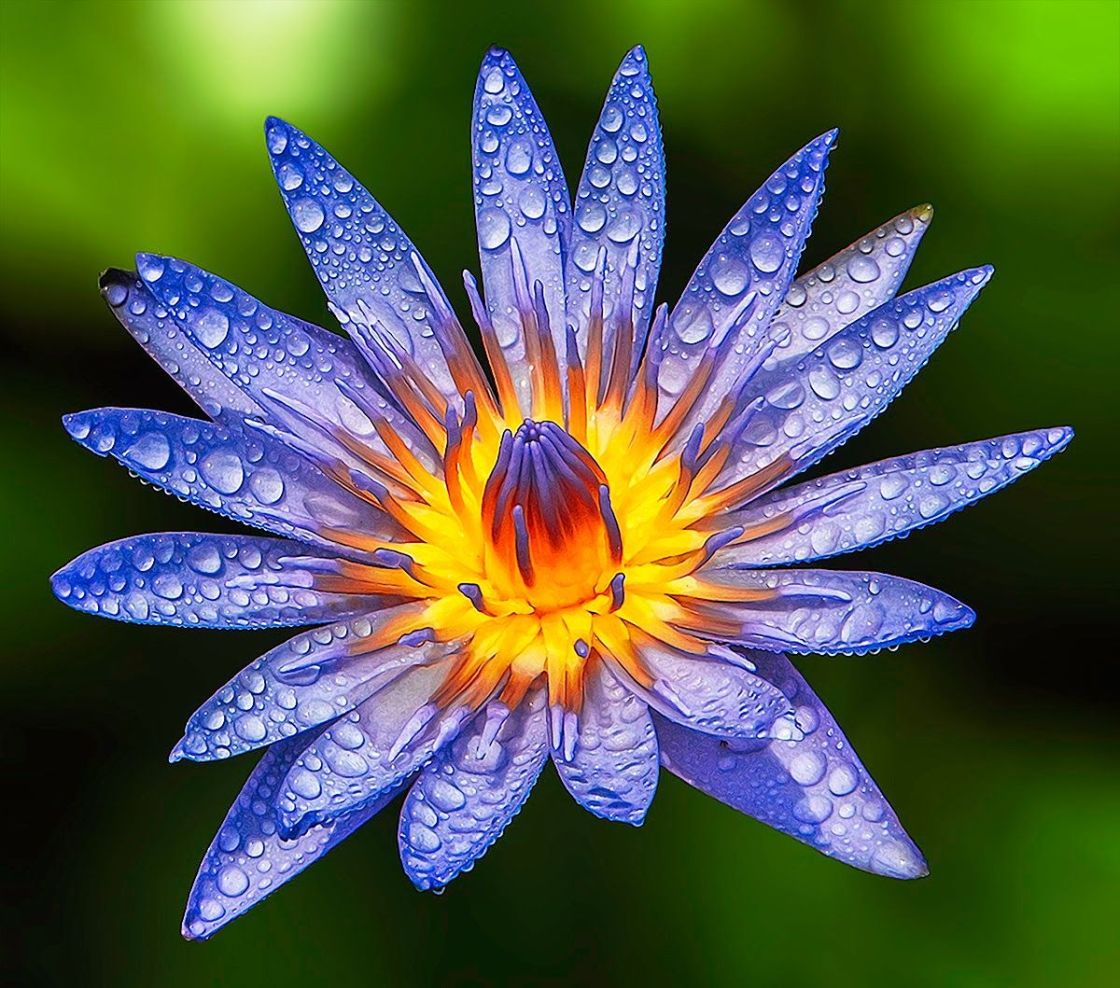 “There’s a story that Egyptians, which would have been Atlantians – came here, to Australia to get the blue water lily.

The Egyptians that built the pyramids are not the same Egyptians that are living in Egypt today – And from the hieroglyphic information, it seems like the Egyptians were actually Atlantians. – And one of the ways which we can tell this, is that a lot of the hieroglyphs show, that in their ceremonies, they have on their alter, a blue water lily, (which has been called lotus, but its actually a blue water lily) which grows around this area. The blue water lily was the flower of Atlantis and if you look at how much this blue water lily appears through out Egyptian culture – its incredible. So much carving, so much of the artwork is iconic and has this blue water lily. – And so, even the most preserved mummy of a king (I think it was Ramesses) chose to be mummified with the petals of the blue water lily around his neck. And you have to ask the question! – if he was one of the most powerful people in ancient Egypt, why did he choose, if there was access to gold and infinite power – why did he choose to have a blue water lily as his necklace when he died?

So There’s this association blue water lily and the idea of immortality.

I’ve drunk the liquid in the blue water lily and its sublime. Its incredible. I would highly recommend it. There’s lots of places where there is tons of blue water lilies. Just get boogie board or a surf board and paddle out in the morning. Now, they open and close three days in a row. But on the first day it opens, there’s a whole lot of little yellow stamens – they actually open to form this inner temple and within there’s about a mil of liquid. – Way more than could be for any insect. – And if you take a dropper or a little bamboo straw (which is my suggestion!) and take a sip of that nectar – Its an amazing nectar. It actually has the quality of like an alcohol. It goes instantly into the blood stream and you can feel it at the tips of your toes. So as you sip this nectar, you can feel something happen in your body, but its really subtle. I’ve taken a little dropper and filled a whole bottle and in the fridge. After 5-7 days its starts to go off, so to speak. – And I don’t know if you could keep it going in alcohol. But fresh is best. You know. Just suck it up. Suck it and see.

So I think that its the PHYSICAL ENERGETIC of SEEING the BLUE water lily and its FRAGRENCE is what I think the Egyptians were so enamored with. – Because with in that FREQUENCY that there is a KEY. –And that KEY is somehow related to our LONGIVETY practices through a RAISING of AWARENESS or a RAISING of CONSCIOUSNESS.”

This is an extract from Dan’s talk – ‘The Lotus Eaters” recorded in the Lotus Tea House, Byron Bay, March 2011